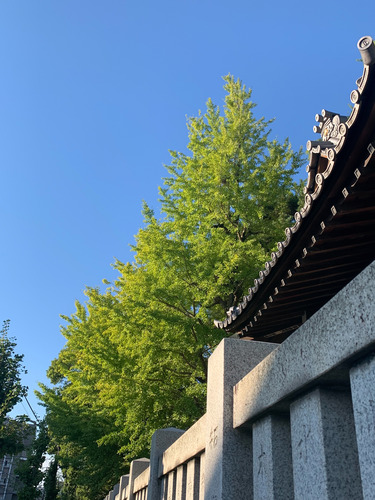 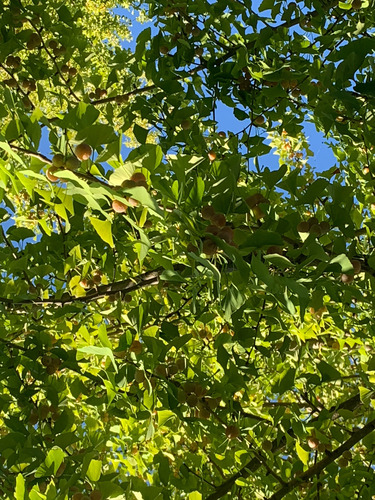 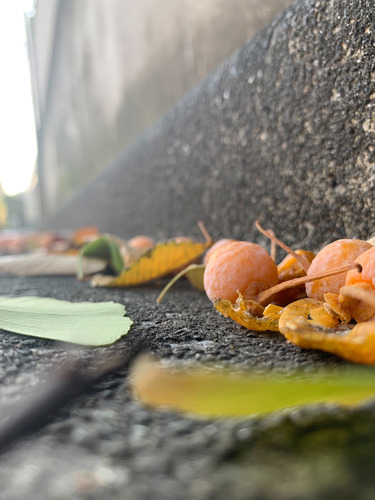 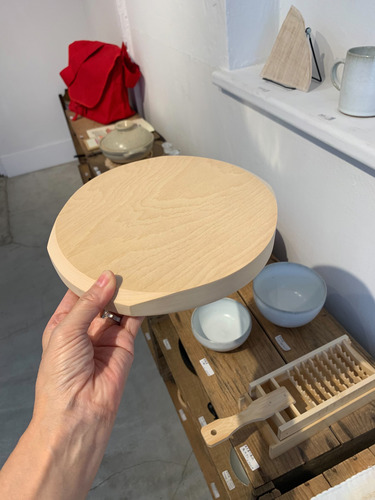 I suddenly notice the fragrance of fragrant olives in the city and feel the arrival of autumn. And another thing is the ginkgo tree, which makes its presence known with its bright yellow leaves and unique fragrance at this time of the year. During the Jurassic period (about 150 million years ago), when there were still dinosaurs, many plants flourished on the earth, and the ginkgo tree is the only surviving plant from that period that survived the Ice Age. Darwin called the ginkgo a "living fossil" because all other plants are fossils.

Ginkgo has both male and female trees, and only the female trees bear fruit. Gingko nuts are highly nutritious and were used as a medicine in folk medicine in ancient times, and are said to be good for relieving fatigue and anorexia. However, eating too much can cause poisoning, so care should be taken not to eat too much. The trunk is also said to be suitable for cutting boards, one of the most popular materials. Ginkgo wood contains a moderate amount of oil and drains well, making it easy to dry, and its density is fine and smooth to the touch. Ginkgo wood has a good feel for knives, and its natural antibacterial properties make it resistant to mold and mildew.

Ginkgo wood has high resilience, and there is little difference in grain growth between summer and winter, so it is less prone to warping and other distortions, and the material is more uniform. The key to using a wooden cutting board comfortably for a long time is to wet it with water and wipe excess water with a cloth before use. By moistening the surface, a film of water is formed, which reduces the transfer of odors and vegetable pigmentation. The Ginza showroom is currently exhibiting "Tegakari" by Yoshita Handi-Design Studio, made of ginkgo wood.

Many ginkgo trees are planted along Japanese streets and in the precincts of shrines. Ginkgo leaves and trunks contain more water than other plants, which makes them less flammable and more resistant to fire. It is said that in the Edo period, ginkgo trees were planted in vacant lots for fire prevention to prevent the spread of fire. Ginkgo trees are also planted in the precincts of shrines, probably for fire prevention.

Ginkgo trees have a strong life force and can be found all over Japan. The season when you can enjoy the beautiful yellow leaves with your eyes is coming. In Otemachi, Chiyoda-ku, Tokyo, not far from our Ginza Showroom, the "Earthquake Ginkgo" that survived the Great Kanto Earthquake still remains today.