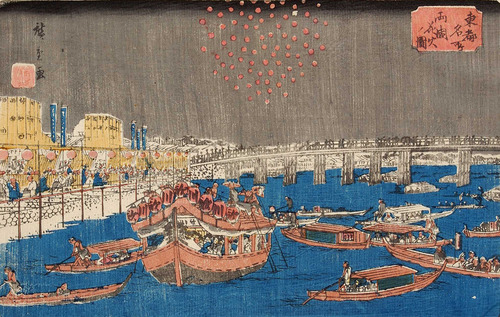 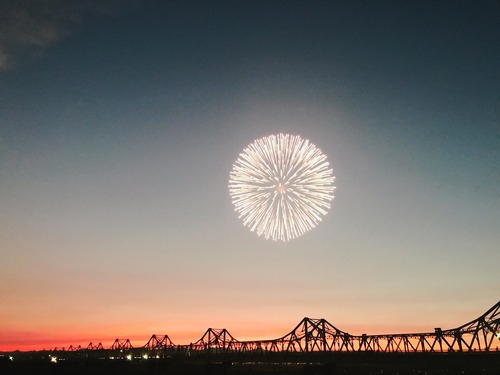 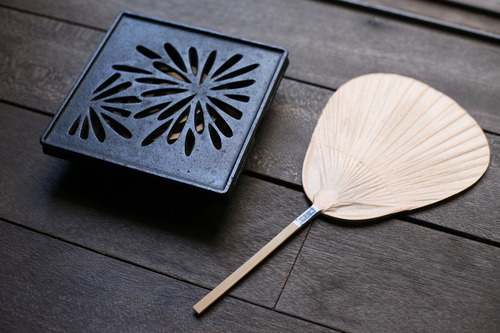 Fireworks are a summer tradition. Gunpowder (black powder), the raw material for fireworks, was introduced to Japan in the 16th century during the Sengoku period along with guns called flintlock guns. In addition to guns, it was mostly used in "noroshi," a means of military communication, and it was not until the Edo period (1603-1868) that fireworks for fun and viewing appeared as we know them today. Records of fireworks viewing in Japan include July 1589 viewing by Date Masamune at Yonezawa Castle and August 1613 viewing by Tokugawa Ieyasu at Sunpu Castle.

The Ryogoku Kawabiraki Fireworks Festival, which can be said to have its roots in the fireworks festivals now held throughout Japan, developed significantly in the 19th century and became an annual event in Edo (present-day Tokyo). This is the Sumida River Fireworks Festival, which continues to this day, although its name has changed. There are also three fireworks festivals in Japan that are known as the "Three Greatest Fireworks Festivals in Japan" due to their deep history and large scale. They are the National Fireworks Competition "Omagari no Hanabi" in Akita Prefecture, the National Fireworks Competition "Tsuchiura" in Ibaraki Prefecture, and the Nagaoka Festival Grand Fireworks Display in Niigata Prefecture.

Unlike the other two, the Nagaoka Festival Fireworks Festival is a non-competitive fireworks display, and is a display of "memorial and reconstruction" wishes. The festival is filled with various thoughts and wishes: for those who lost their lives in the Nagaoka Air Raid, for those who lost their comrades in arms in Siberia, and for the recovery from the Chuetsu Earthquake that caused extensive damage. Among the most famous fireworks is the "Shiragiku" by legendary pyrotechnician Seiji Kase, and on August 15, 2015, the 70th anniversary of the end of World War II, the Nagaoka Fireworks' Shiragiku was also launched at Pearl Harbor, Hawaii.