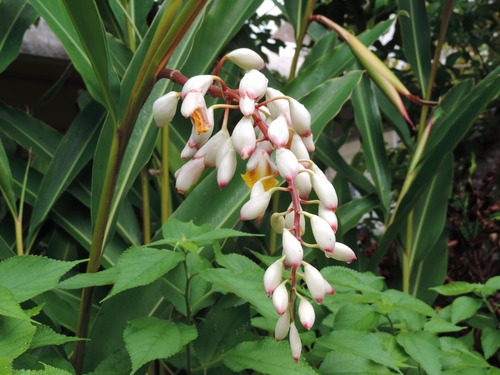 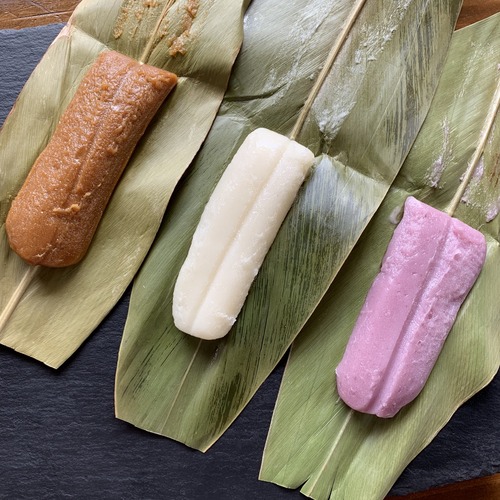 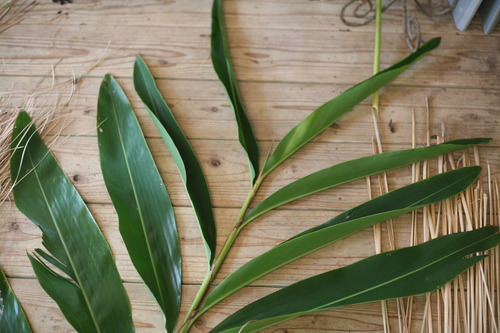 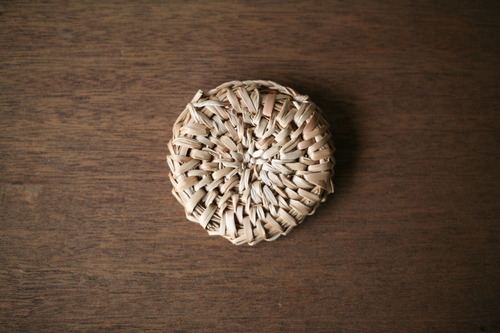 Getto is a very familiar plant in Okinawa, Japan. Often seen on roadsides and in vacant lots. It produces pretty, round flowers from May to June, and the flowers have just finished blooming. Its lovely light pink color seems to be the origin of its name.

Getto, which belongs to the ginger family, has a refreshing herbal aroma and, like ginger, improves blood circulation and warms the body. It has also been used in Chinese medicine since ancient times for its antibacterial, anti-inflammatory, and insect repelling effects.

In Okinawa, on December 8 of the lunar calendar, there is a traditional event in which rice cake flour kneaded with brown sugar, purple sweet potato, wheat, or sweet potato is wrapped in getto leaves and steamed, and eaten according to the number of years of the year. The rice cake is called "moochi," and there is an old story about moochi (demon mochi) that is used to exterminate demons that eat children, and the boiled juice from the steaming process is also used to ward off evil spirits to prevent them from entering the house.

The leaves are also used as daily necessities. After harvesting the leaves of the 1.5 to 2 meter-high, the inside of the leaves is scraped off with a spatula and broken into small pieces, which are then dried in the sun for about two weeks. After all this preparation, the weaving process can finally begin. Of course, each piece is handmade, and each is a once-in-a-lifetime event. When used as a coaster, the water droplets that fall from the cup will give off a subtle scent of getto.