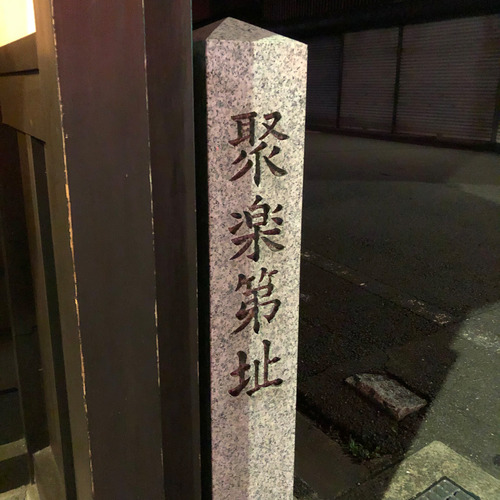 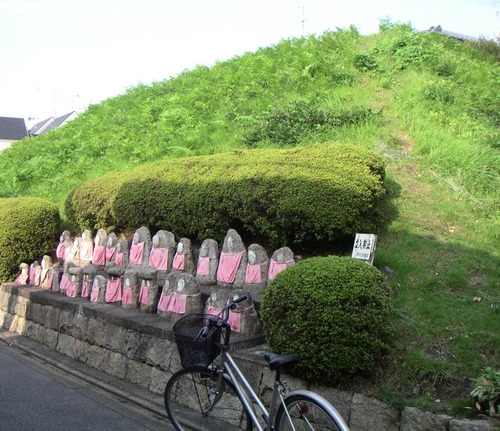 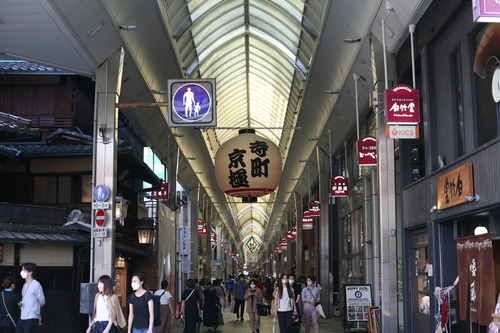 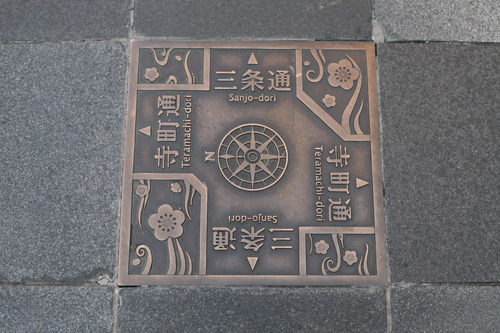 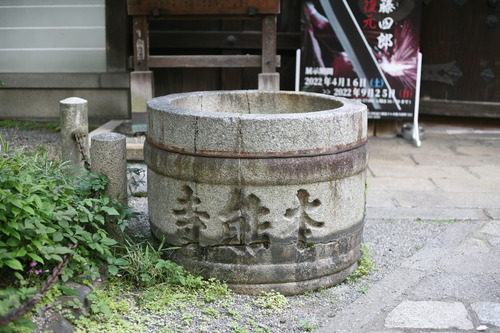 [The Urban Development of Kyoto by Toyotomi Hideyoshi]

The city of Kyoto, which was the capital 1200 years ago, was formed in a grid pattern and retains many of the features of the Heian-kyo period. However, most of the city was destroyed by fire during the Onin War. Toyotomi Hideyoshi rebuilt Kyoto and undertook extensive urban remodeling. Much of the current city of Kyoto was built by Hideyoshi.

(1) Construction of Juraku-dai
After Oda Nobunaga fell to rebellion at Honnoji Temple, the real power of the shogunate passed to Hideyoshi. First, Hideyoshi constructed "Juraku-dai" on the site of the former Dai-dairi (place of the Imperial Palace and government offices) in Heian-kyo to serve as his residence and political center. The castle was gorgeous and luxurious, with a wide moat around it, and was surrounded by samurai and court noble residences, giving it the appearance of a castle town. When Hideyoshi handed over the position of chief advisor to his nephew Hidetsugu, Hidetsugu moved to Juraku-dai, but was later banished by Hideyoshi to Koyasan (Mt. Koya). At that time, Jurakudai was thoroughly demolished in order to impress Hidetsugu as a rebel. It existed for only eight years between its completion and demolition, and its full extent remains a mystery to this day.

(2) Construction of Odoi
The most large-scale of Hideyoshi's remodeling policies was the construction of an earthen mound called "Odoi." They were built along Takagamine in the north, Kujo in the south, the Kamo River in the east, and the Kamiya River in the west. Odoi united Kyoto, which at the time had been devastated and divided into two separate cities, Kami-Gyo and Shimo-Gyo. Tens of thousands of people were mobilized for the construction, which was completed in a short period of about four months. The inner part of Odoi was called Rakuchu and the outer part Rakugai, and seven entrances and exits called "Kuchi" were built. Even today, place names such as Kuramaguchi, Tambaguchi, Awataguchi, and Kojinguchi remain.

(3) Formation of Teramachi and Teranouchi
Around the time of the construction of the Odoi, "Teramachi" was formed on the east side of the Odoi and "Teranouchi" on the north side of the Jurakudai, where temples scattered throughout the city were relocated. The purpose of the relocation is said to have been the defense of Kyoto and the efficient collection of taxes. Both of these streets remain today as Teramachi Dori and Teranouchi Dori. At that time, there were more than 80 temples on Teramachi Dori, stretching from Kurama Temple in the north to Gojo Dori in the south. It was during this period that Honnoji Temple and Seiganji Temple moved to their current locations.

(4) Tensho land division
Streets in Heian-kyo were spaced approximately 120 m apart and were divided into squares, but Hideyoshi established a street in the middle of the square and newly divided the land. During the Heian period, this area was lined with the residences of aristocrats, but as commerce gradually developed and merchants' stores and houses began to line the street, the number of buildings with frontage facing the street increased. Meanwhile, the central part of the square, which did not border the street, became vacant and underutilized. Since a street was built there, after the Tensho land division, the area was rearranged from a square to a rectangular plot, and the width of the street was also reduced. Hideyoshi built 12 new streets, including Gokomachi Dori, Tominokoji Dori, and Sakai-machi Dori, which are still important streets that support the urban area today.

In addition to the above projects, Hideyoshi's reform can be seen in various other places, such as the Sanjo and Gojo Ohashi bridges, and the renovation and maintenance of the Imperial Palace (Dairi). Hideyoshi brought a new urban development to Kyoto, both militarily and commercially, in accordance with the transition from the medieval to the early modern period, while retaining the vestiges of Heian-kyo.