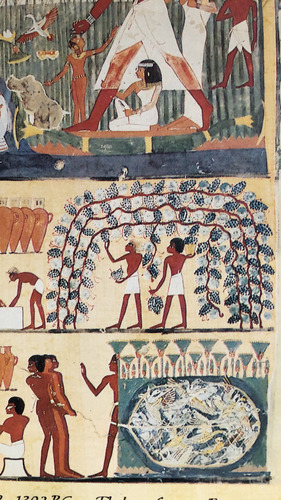 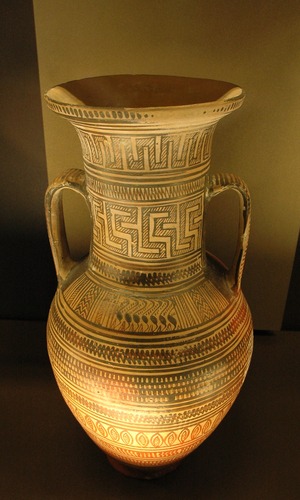 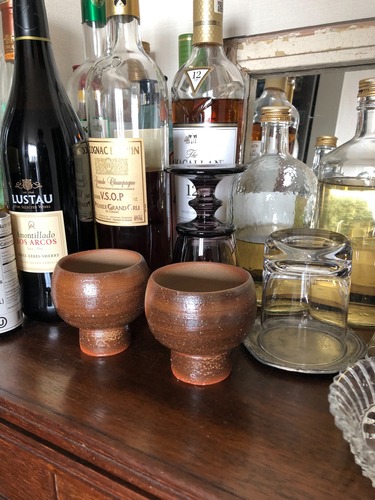 Egypt, a country where 90% of the population is Muslim. Although the custom of drinking is not associated with wine, surprisingly, the source of modern winemaking, in which grape berries are pressed and only the liquid is fermented, is said to have originated in Ancient Egypt.

The tomb of Nakht, the scribe and astronomer of Thutmose IV, in Luxor, contains a beautiful mural describing the wine-making process. The arched, trellised vines, the grape picker, the person stepping on the grapes to press them and pour the juice into a stone vat next to it, and the person collecting the accumulated juice were all described in such detail that we could not believe that this was really 3,500 years old. The strained grape liquid was then placed in an amphora, an unglazed pot, to ferment, and the murals show this process.

It is amazing to think that the ancient Egyptians were already making and drinking wine using a brewing method that is no different from that used today. Many unglazed pot amphorae were displayed in the Archaeological Museum in Cairo as pots for transporting and storing the necessities of life.

Bizen Pottery, which is made without glaze, is also traditional, natural pottery with a thousand-year history. It is made by firing a kiln for 10 days and half a night with 10 tons of split red pine wood after molding with a potter's wheel after making clay from locally available clay. Ichiyougama's Wine Cup was created with the ancient wines of 8,000 years ago (wine made by fermenting whole white grapes in an unglazed pot called a qvevri), the origin of today's wines, in mind, and what kind of vessels they were drunk in.

We would like to pour natural wine, orange (amber) wine, or cider into the Bizen ware wine cup and think of the people who carefully made wine in ancient times.