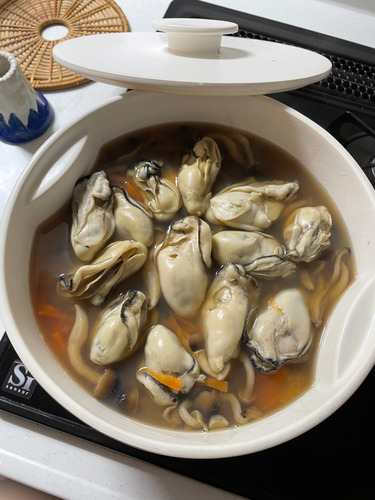 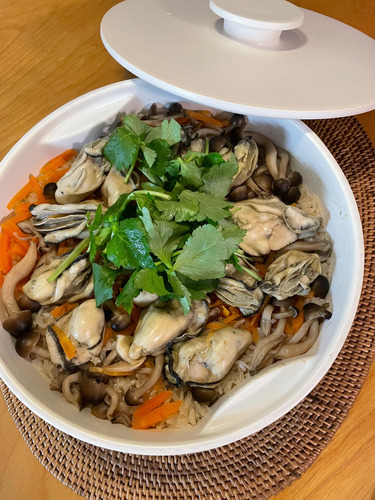 Oysters (pacific oysters) are in season from November in winter, when they have finished spawning, and are at their best from March to April, when they are preparing to spawn, when their meat becomes plump and fat with nutrients and the taste is rich and creamy.

Oysters are widely consumed around the world, and there is a saying in English-speaking countries, "Only eat oysters in months with an 'r'" (May = May, June = June, July = July, August = August). One reason is that during the spawning season, the flesh becomes thin and watery. By the way, in Japan, "don't eat oysters past the cherry blossom viewing."

Shellfish, which could be caught simply by walking along the shore without going fishing, have long been an important food source for humans. Denmark has some of the world's largest oyster shell mound sites, and as early as ancient Rome, oyster farming began and oysters were enjoyed in a variety of regions. And the ancient Greeks used flat oyster shells as ballots.

In Japan, oysters were not only eaten for their meat, but were also a familiar part of the Japanese diet, with the shells being ground into gohun (white paint) and used as fertilizer. In many regions, it is used in New Year's dishes as an ingredient for "stirring up good fortune." Even today, the fish section of the supermarket is lined with oysters in season, and dishes such as potstickers, deep-fried, and butter-baked dishes come to mind just by looking at the oysters.

I wanted to try cooking rice in Ceramic Japan's Do-nabe, so I decided to make fluffy oyster rice. The nutrients in oysters are water soluble and will dissolve in water, so this is where they must be locked in. After cooking, it is ready to be served at the table. The rice was well steamed and I could taste the aroma and flavor of the oysters.

I cooked 3 cups of rice in the L size and it did not spill. There were also a few burn marks on the bottom of the pan, but they can be removed with a sponge after soaking in water for a while. Black color is also recommended if you are concerned about burnt color or tomato-based stew coloring. The simple design makes it easy to wash and store in the sink.

Ceramic Japan's Do-nabe（*Rice cannot be cooked on an induction heating plate because the plate gets burnt.）
https://www.shokunin.com/en/ceramicjapan/donabe.html