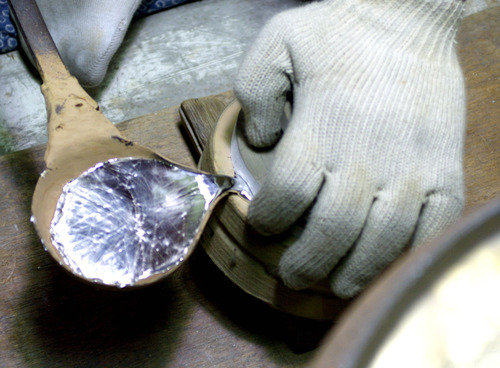 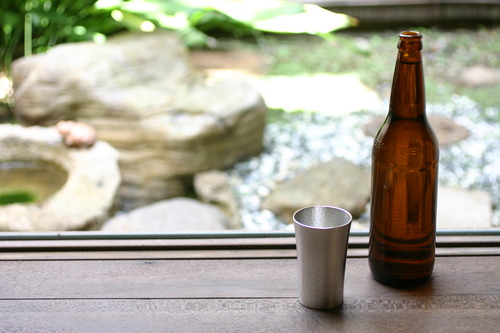 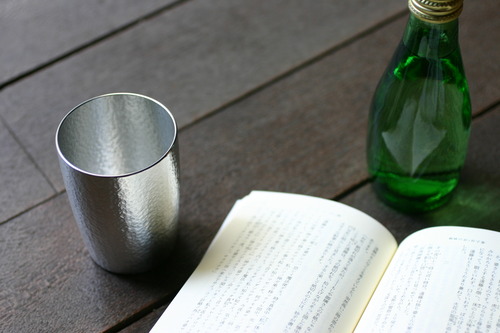 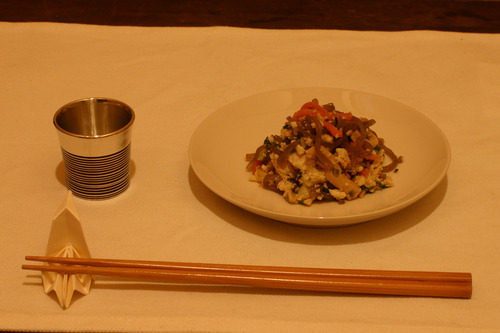 Tinware was introduced to Japan about 1,300 years ago, and its production began in the Tanba region of Kyoto, where the first tin mines were opened in Japan. At that time, tin was as precious as gold and silver are today, so it was mainly used only by the privileged class for Shinto rituals and at court. Tinware such as jars and jugs are also stored in the Shosoin as treasures.

In the Edo period, tinware production shifted from Kyoto to Osaka, and by the middle of the Edo period, a number of tin shops began operating in Shinsaibashi, Tenjinbashi, and Tennoji, spreading among wealthy samurai and merchants. In the following years, many Osaka tinware manufacturers gathered and established themselves as specialty products. At its peak in the first half of the Showa period, more than 300 craftsmen were said to have competed with each other in Osaka.

Then World War II broke out, and Osaka's tinware manufacturing industry was devastated by a shortage of materials and a call for craftsmen. However, in order to rebuild after the war, artisans scattered throughout Osaka gathered together and successfully rebuilt the industry. As a result of the diligent efforts of the craftsmen, in 1983, "Osaka Naniwa Tinware" was designated as a traditional craft by the Minister of Economy, Trade and Industry. Currently, it accounts for about 70% of the share of tinware in Japan.

The only manufacturer of Osaka Naniwa Tinware is Osaka Suzuki, which was founded in the Edo period. Each piece is made using the traditional technique of casting into a mold and grinding with a potter's wheel. The tin medicine jar, a tinware kept in Shosoin, is also made with a potter's wheel, suggesting that this technique has a very long history. Osaka Suzuki continues to manufacture products that fit the times by applying new innovations while following traditional techniques, based on the idea that "products should not be influenced by temporary trends, but should grow in value over time."