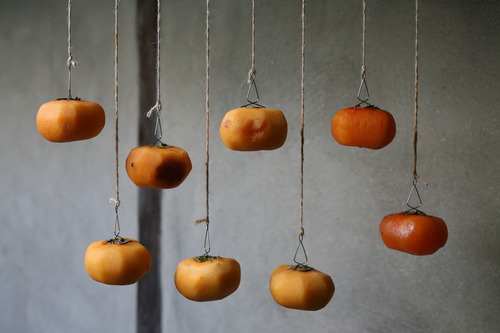 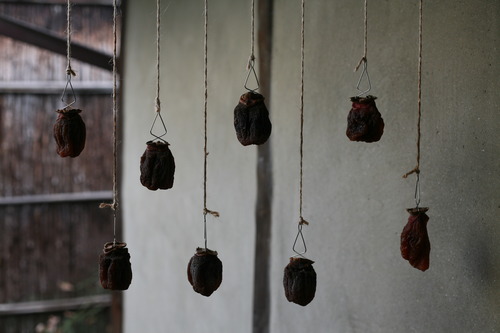 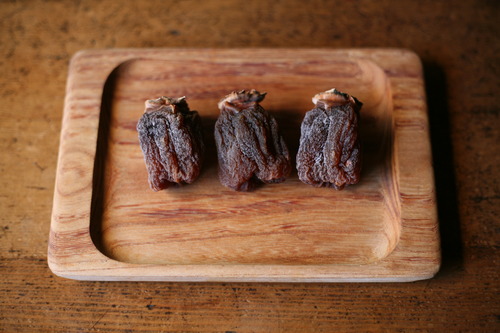 There are many preserved foods in Japan, and dried persimmons are one of them. The existence of dried persimmons was first confirmed in literature in the mid-Heian period. Dried persimmons appeared as a confectionery for festivals in the "Engishiki," which describes the national system of the time.

There is an anecdote that during the Sengoku period, Nobunaga Oda gave Luis Frois, a missionary from Portugal, dried persimmons as a specialty of his territory. Since persimmons are an endemic species native to East Asia, and persimmons were introduced to Europe from Japan in 1789, Frois probably did not know about dried persimmons, and thought of them as a type of dried fig.

This year, we hung the astringent persimmons sent from our parents' house under the eaves and made homemade dried persimmons. When the water on the surface is well drained, we will open them with a knife and make them into rolled persimmons wrapped with butter and walnuts to enjoy the homemade taste.