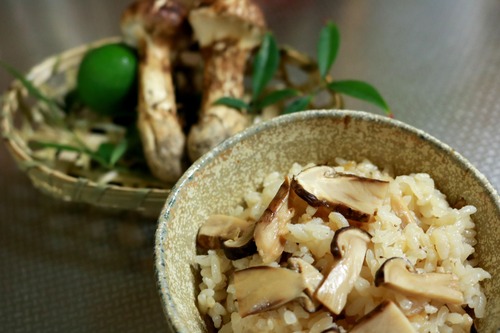 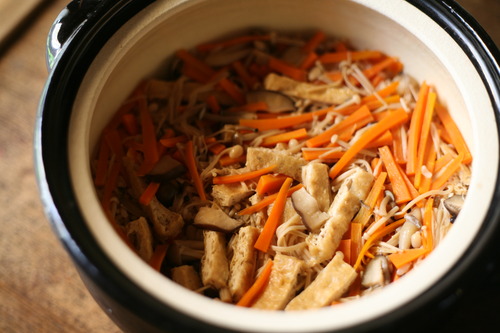 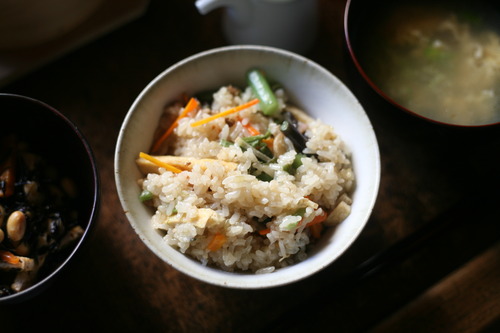 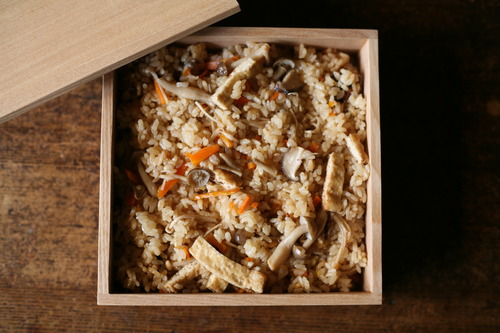 The taste of autumn is characterized by a wide variety of mushrooms, and matsutake mushrooms in particular have been a familiar food to the Japanese people since ancient times, as they are mentioned in the poems of the Man'yoshu, Japan's oldest anthology of Japanese poetry.

The main production areas are Kyotanba Town (former Tanba Town), Funai County, Nantan City, Ayabe City, and Fukuchiyama City. In autumn, when it is in season, matsutake mushrooms are served at ryotei and kappo restaurants as "matsutake rice," "osumashi (soup with matsutake mushrooms)," and "sukiyaki." Try cooking thinly sliced matsutake mushrooms with rice and kombu soup stock at home using our cooking and eating utensils. Garnish with Japanese parsley to make it look even better.