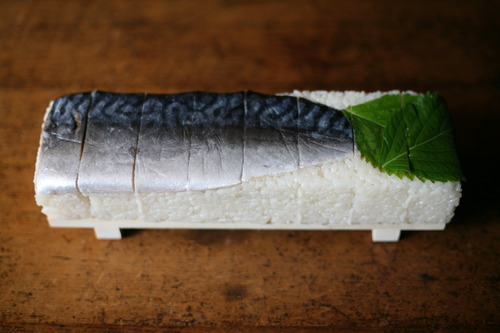 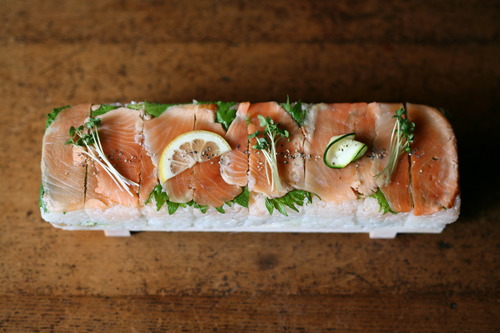 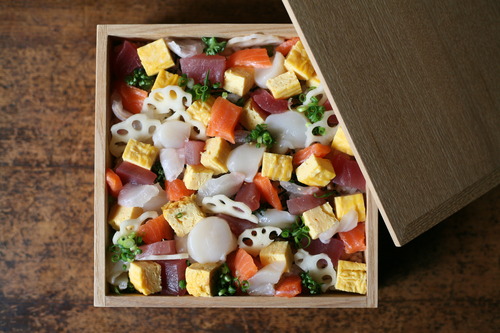 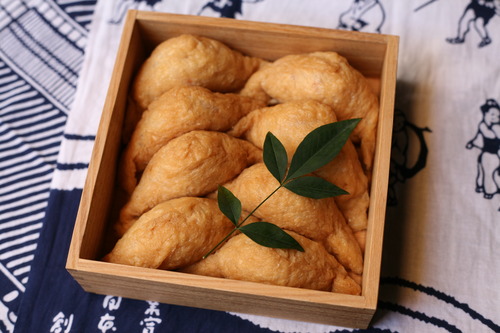 There are two main types of sushi: narezushi, which is made by lactic acid fermentation of fish, salt and rice, and hayazushi, which uses sushi rice and sushi ingredients, as typified by Edomaezushi. Today, there are three kanji characters used to represent sushi, depending on the type and region.

The character "鮓" refers to so-called "narezushi," which is made by marinating fish in salt and other ingredients with rice to preserve it, and is fermented by the action of lactic acid bacteria, as in funazushi from Shiga Prefecture and kaburazushi from Toyama and Ishikawa Prefectures.

The character "鮨," on the other hand, is used to distinguish sushi other than narezushi, and is mostly used in Tokyo, as it refers to the Edomae "nigiri-zushi," which originated in the Edo period.

The characters "寿司" came into use when the auspicious kanji character for "longevity" was applied to sushi presented to the Imperial Court in old Kyoto. Currently, "寿司" is the most common notation used, as it can be used with or without ingredients and regardless of the type of sushi, such as inarizushi or temakizushi.

"Oshizushi" is a type of sushi made by layering ingredients and vinegared rice in a box-shaped wooden frame and pressing with force. It is thought to be the original form of nigirizushi that appeared in the Edo period. Osaka's battera and Kyoto's mackerel bozushi are classified as this type of pressed sushi.

Yamaichi's Pressed Sushi Box is just the right size for two to four people to share, and can make eight slices of pressed sushi using 1.5 cups of sushi rice. In addition to the standard ingredients such as salmon, you can also enjoy a variety of pressed sushi such as veggie sushi using vegetables like avocado and zucchini.

You can use different kinds of ingredients and vinegar to match with sake or wine, or enjoy it as a feast for birthdays and other celebratory occasions.