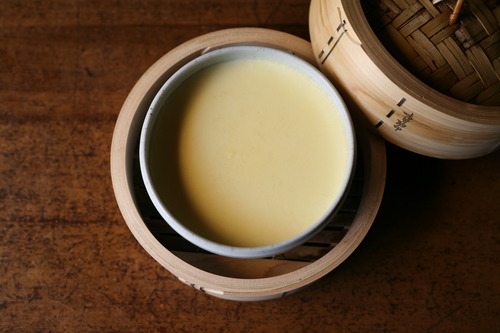 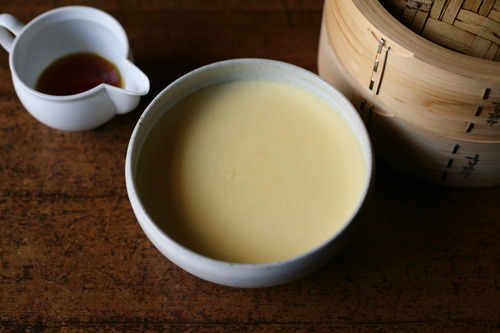 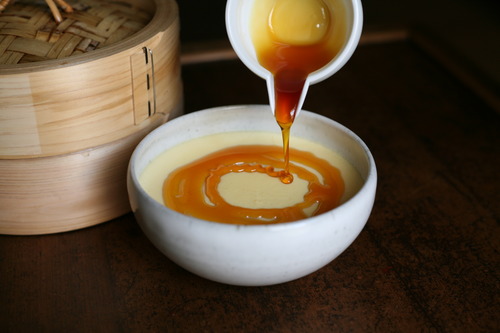 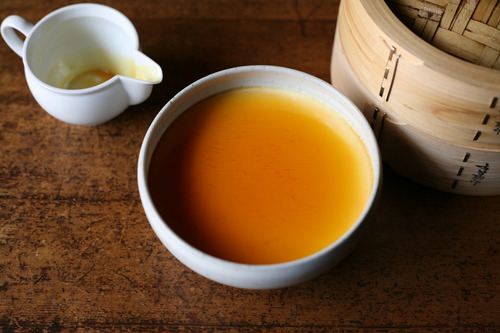 [Steamed Pudding Made with a Chinese Steamer]

Pudding can be steamed in the oven or hardened with gelatin. It has a wide variety of textures, from hard to soft, depending on the combination of ingredients and cooking method. Pudding has become a staple in cafes and convenience stores, and has become a familiar dessert to people of all ages, from children to adults. Recently, the popularity of hard pudding, which was often made in the Showa era, is making a comeback.

This time, I tried to make "steamed pudding" using Yamaichi's Chinese Seiro. Manually produced by craftsmen, Chinese Seiro is made of Japanese cypress and features outstanding durability. The lid has a double layer of bamboo mesh to prevent steam from leaking out. In addition, the bamboo itself absorbs the steam well, so there are no water droplets on the surface of the food inside.

Furthermore, the carefully wrapped body is sandwiched between two pieces of paper-thin sheet of cypress. This is the perfect lid for a Chinese Seiro. Another feature of the Chinese Seiro is that it can steam some tall containers. Since the ceiling is high, there is a lot of space and the heat from the steam can be transmitted evenly to the food.

The pudding, which is steamed slowly over low heat in a Seiryugama's bowl with egg wash, is recommended as a dessert for four to five people, served with a large spoon. As you may know, it can be made with simple ingredients such as eggs, milk, and sugar, so please try the steamed pudding made with the Chinese Seiro.

Reference:
https://kajitora.com/pudding-bamboo-Seiro/ (Recipe)
*We made it with 1.5 times the amount of ingredients.