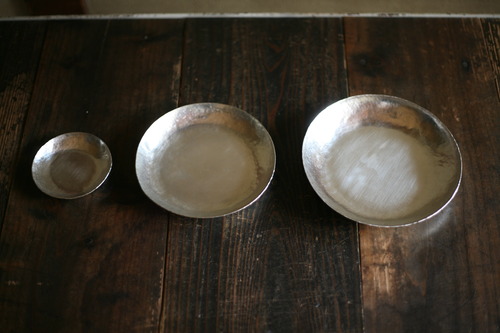 Kakigori, or shaved ice, is one of the most popular snacks in Japan during the hot and humid summer season. Shaved ice is not only cool to the touch, but the clarity of the thinly shaved ice gives it a cool feeling. Nowadays, shaved ice can be enjoyed all year round, but it used to be a luxury dish in the past.

Shaved ice appears in the Pillow Book written in the Heian period under the name "kezurihi" (shaved ice). It was eaten by the aristocracy as a luxury item because ice was precious in a time without refrigerators and ice machines. It is said that natural ice was cut during the winter and stored in storage facilities called "himuro" built in caves at the foot of the mountains, and in the summer, the ice was cut and transported to the capital, where it was used to ward off the heat in the palace.

Toward the end of the Edo period, ice became more familiar to people as it became possible to transport large amounts of ice from the northern provinces to Edo by ship. In the Meiji era, with the development of ice making technology, ice factories were established all over the country and the number of "ice shops" selling ice increased. As a result, ice became readily available in stores and homes. In 1887, Hansaburo Murakami invented and patented the ice shaving machine, and since then, kakigori had become popular among the common people as an indispensable part of summer.

Today, we can enjoy a variety of kakigori. There are kakigori at long-established Japanese confectionery stores, as well as at luxury hotel lounges. Recently, in addition to local kakigori from all over Japan, shaved ice from all over the world has become popular, such as the Korean shaved ice called "pinsu (ice water)," which is made of fluffy ice with many toppings. The variety of shaved ice machines for home use is also increasing. Convenience stores are also selling a variety of ice confections for the summer.

The method of shaving ice has changed over time, but kakigori is still a popular summer treat. If you are interested in preparing kakigori, you may have a look at Otera Kohachiro Shoten's Kanamari, a vessel which you may use to serve a variety of desserts. While you may enjoy bending and changing its form, since it is durable enough to endure long-term use, you may enjoy its secular changes as well. Please have a look at our website for more details.