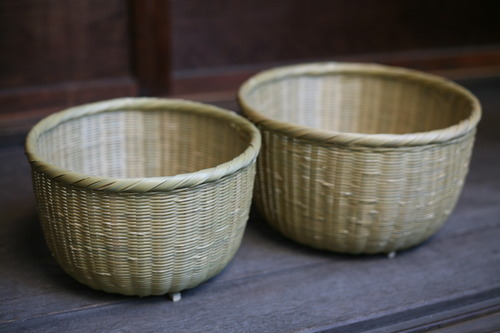 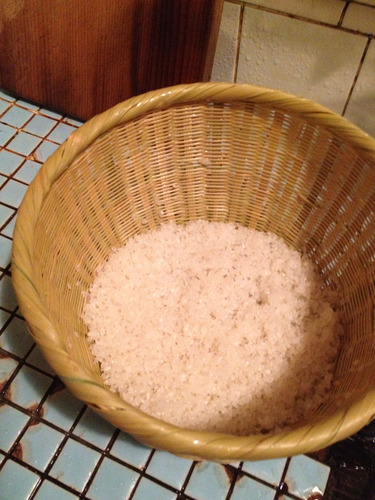 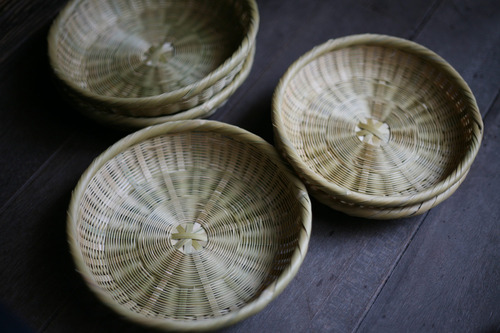 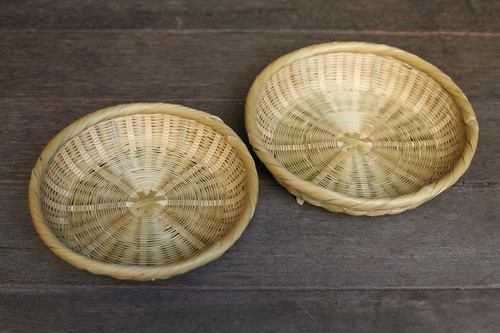 Bamboo has been a material essential in the Japanese lifestyle. If one dissembles the Japanese traditional houses into different components, one may notice that bamboo is utilized in almost every one of the components, including the ceiling, walls, and blinds. Daily necessities such as baskets, sieves, and vases; the various tools used for tea ceremony and flower arrangement; the many traditional instruments such as Japanese flutes and shakuhachis; and martial arts tools such as bamboo swords and bows are all made out of bamboos. Among 1300 types of bamboos that exist in the world, 600 types of bamboos are founded in Japan. These strong and mysterious plants were respected by ancient Japanese and were often used in festivals and religious services. Since then, Japanese have been cherishing bamboos and incorporating them into their living in various forms. Thus, bamboo played a central role in establishing the Japanese culture.

Today, different parts of the bamboo are used for different purposes. For instance, the leaves are used to make tea or to create Chinese medicines, the bamboo sheaths are used for packing or as feed, and the cane is used for both industrial and cultural purposes. Bamboo lives for about 20 years, growing at a very high rate, and those with thick canes are thought to live longer. Flowers of bamboo bloom and fall all at once, and since the phenomenon seemed so pathologic, it was long known as the “bloom disease”, though it isn’t a disease.

Nishikawanobori Takezaiku’s Kometogizaru is carefully made of bamboo. The surface is made to be smooth as to not crush the rice grains, while it is finely intertwined to allow users to quickly and easily wash rice. The simple structure of the Sobazaru allows users to not only use it as a sieve for soba but also as a tool to make udon and mugikiri, as well as a drainer for vegetables. The traditional goods would well express the Japanese culture, both visually and by touch.