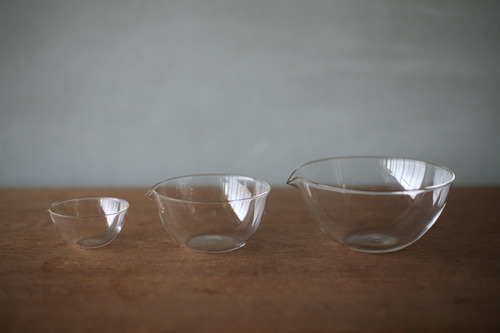 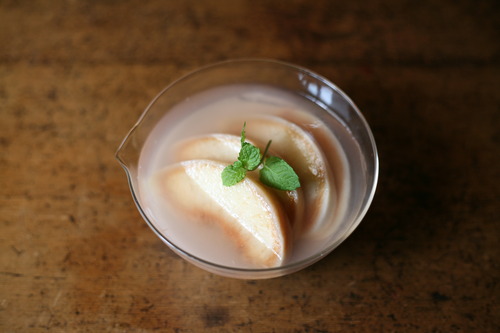 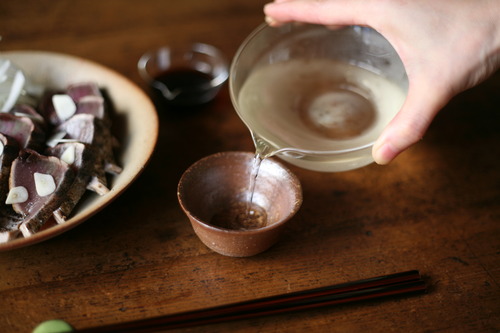 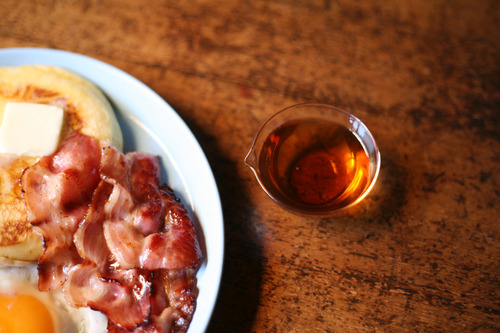 Clear, thin glassware. We feel special about having to handle it carefully so as not to break it. We must touch them gently, reviewing our own usual mannerisms. These vessels give you time to reward yourself when you want to regain the luxury of spending time more leisurely than usual.

Koizumi Glass's products give the impression of laboratory equipment used in science laboratories. The French artist's brand "Tsé & Tsé associées" combines test tubes with vases, and it seems that the fascination with scientific laboratory equipment is universal. The florist "Mitate" in Kyoto also seems to choose plants and vessels without being bound by conventional wisdom. Both of them inspire us creatively with their free thinking that has a nostalgic feel to it.

Although one might imagine the Flat Bottom Evaporating Dish as a vessel for sauces, it can also be used as a vase, a decanter, or a vessel for daily use. It can also be used to make cosmetic packs. It is great to use the same size together or three different types together. We hope you will enjoy the dishes with a free spirit, making the special into the ordinary. 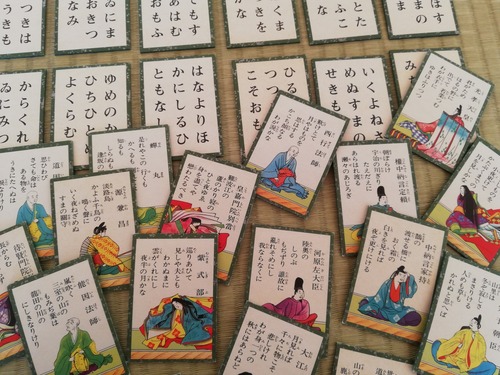 On May 27, 1235, the court noble and poet Fujiwara no Teika completed "Ogura Hyakunin Isshu," which is why the same day was designated as "Hyakunin Isshu Day."

Waka is a short, standardized poem of ancient Japanese origin, consisting of an upper clause of 5-7-5 and a lower clause of 7-7. The Hyakunin Isshu is a collection of 100 waka poems written by 100 poets who were further selected from waka poems written by many poets. Starting with Emperor Tenchi, poems by Ono no Komachi, Murasaki Shikibu, and Sei Shonagon have also been selected.

The waka poems, cleverly selected by Fujiwara no Teika, who is said to have been involved in the revision of "The Tale of Genji" in the Heian period and in the copying of the three-volume "Pillow Book," include many poems about love that contain much sadness and romantic feelings, many delicate color names for the seasons, and many poems with profound but clean language.

The introduction of playing cards from Portugal led to the spread of the game among court nobles during the Edo period, and this led to the development of the current Ogura Hyakunin Isshu Karuta, a form of playing cards in which the upper and lower phrases of the Hyakunin Isshu are divided into cards to be read and cards to be taken, and the 100 cards are played against each other. The game eventually spread to the general populace, and in addition to being a simple indoor game that is well-liked, it also serves as a familiar resource for learning about the Japanese classics and the flavor of history.

The Hyakunin Isshu, which still fascinates us today even after 770 years, expresses the memory of words spun by the Japanese people with the author's unique sensibility, and serves as a great introduction to the profound and beautiful world of waka poetry. SyuRo's Kakukan is recommended as a box to hold 100 karuta. Why not keep your beautiful 770-year-old waka anthology in a simple and sophisticated box? 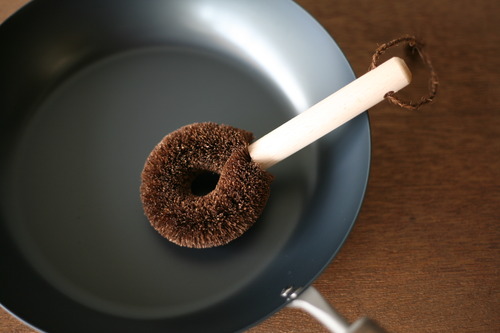 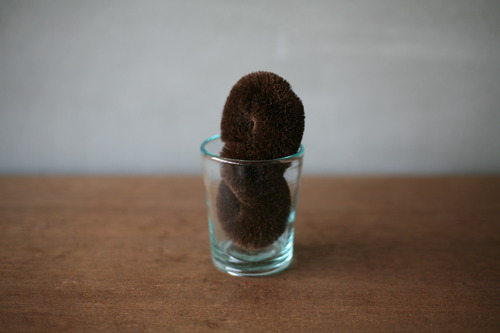 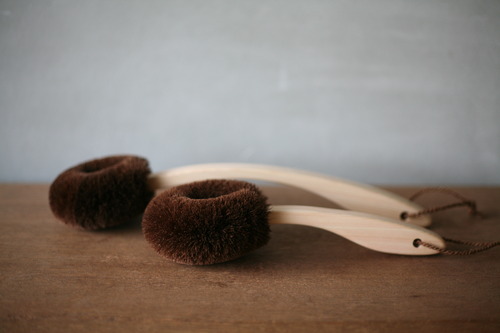 The scrubbing brush made of hemp palm is characterized by its gentle texture and firmness. Scrubbing brushes which have moderate hardness and firmness, remove stains without scratching the surface of dishes and utensils.

It is also ideal for removing mud from vegetables. By gently scrubbing the surface of vegetables with the scrubbing brush dipped in water, only the mud can be removed, leaving the skins intact. Please use this for vegetables that you want to eat with the skin, such as burdock and potatoes.