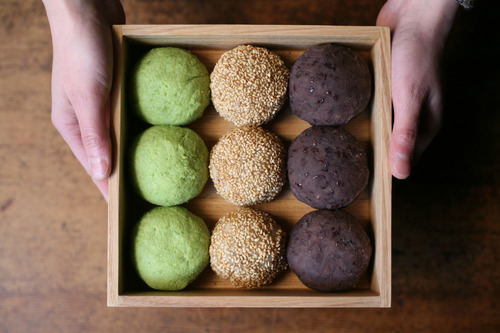 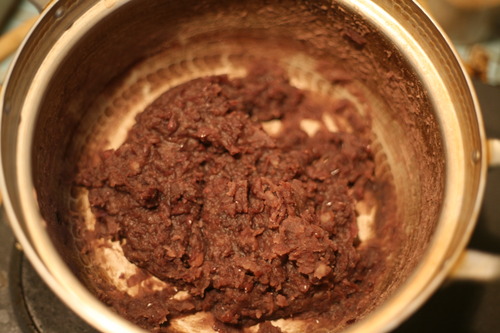 Around the spring equinox on March 20, there is a custom of offering sacrifices to ancestors using "Botamochi (peony cake)" or "Higan Botamochi" in the other name when made in the spring equinox, while also known as "Higan Ohagi" in Autumn.

"Botamochi (peony cake)" is a sweet rice ball covered with red bean paste, which may be coated in kinako powder (toasted soy flour) or crushed sesame seeds. The dessert gets its name from the “Botan” peony flower, which blooms during late spring in Japan. The sweet and glutinous taste nowadays is an improved version after the popularity of sugar in the Meiji period. Before then, when sugar was still a luxury for most of people, it was made into salt taste.

The custom of offering sacrifices to the "Higan (the other shore)" on the vernal equinox is a unique traditional culture in Japan. It is said the formation of the day comes from the combination of "Pure Land of Bliss" of Buddhism and the "Faith for Sun" of Japan.

March 20th was the Vernal Equinox Day, also known as the spring equinox. On the Vernal and Autumnal Equinox Day, the sun rises from due east and sets in due west, and the sun that sets on these days are considered to be indicating the way that connects us to the Western Paradise.

During the equinoctial week, which is when this world and the other world is directly connected, Japanese people thank their ancestors, a custom unique to this country and which is not seen in other Buddhist countries.